Your Heart of Gold Back Story

Because I was raised in Kennewick, Washington, I’ve been asked how much, if any, of the “Your Heart of Gold” story might be based on my own experiences growing up. So, here it is . . . the Back Story – the original inspiration for “Your Heart of Gold” and the part of the book that is inspired by true events.

First, “Your Heart of Gold” is a book of fiction. All names, characters, places, and incidents are the product of my imagination or are used fictitiously. That said . . .

When I was 14 years old, growing up in Kennewick, I had a girlfriend named Anne Gerdes (not Annie Geddis). Despite our tender age, we were in love. I mean it – we had an amazing relationship for just being teenagers and, as much as any young teens can be, we were crazy in love. Now this was in the 1960s, not the 1990s of “Your Heart of Gold.” Our song was, in fact, “Count Me In” by Gary Lewis and the Playboys. You can listen to the song here:

Kids used to sleep out in those days and so my best friend Chuck Watson and I sneaked over in the middle of the night to Anne’s backyard, but when we got there the girls in the sleeping bags were asleep. We couldn’t see their faces, though, and for some reason we thought that it might not be Anne and Chuck’s girlfriend but perhaps Anne’s brother and his friend, which if we woke them up wouldn’t be good news. So, we got the bright idea to tap on Anne’s bedroom window – if there was no response then we would know it was Anne and Chuck’s girlfriend in the back yard. The window to the bedroom was too high, though, so we tossed a couple of pebbles up on the window. No response. (Unbeknownst to us, we got the wrong bedroom! It was Anne’s parents’ bedroom!) Anyway, we returned to the back yard and I had just awakened Anne (No, the stuff that happened inside the sleeping bag in the novel did not happen), and suddenly out of the back door comes storming Anne’s father, pretty much like how the book portrays it, a raging bull! He chased us down the street and into the orchard before we lost him. Anne and I were determined not to let this end our love story and, weirdly, Anne’s father never mentioned the chase in the days after that (and I sure didn’t bring it up) so all seemed OK. 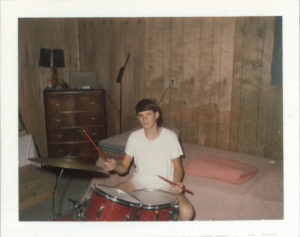 Yes, I was in a band called the Troubadours, a drummer, along with my brother Ken. We were playing at a drive-in in Kennewick (not Zip’s) and Anne showed up in tears. She told me her dad had decided to move the family to Kentucky. (It was just Anne – she didn’t have a twin). We cried together and we were both so upset – it was really sad. I remember huge alligator tears streaming down Anne’s face and her makeup being all smeared. Pretty soon her dad appeared and took her away. 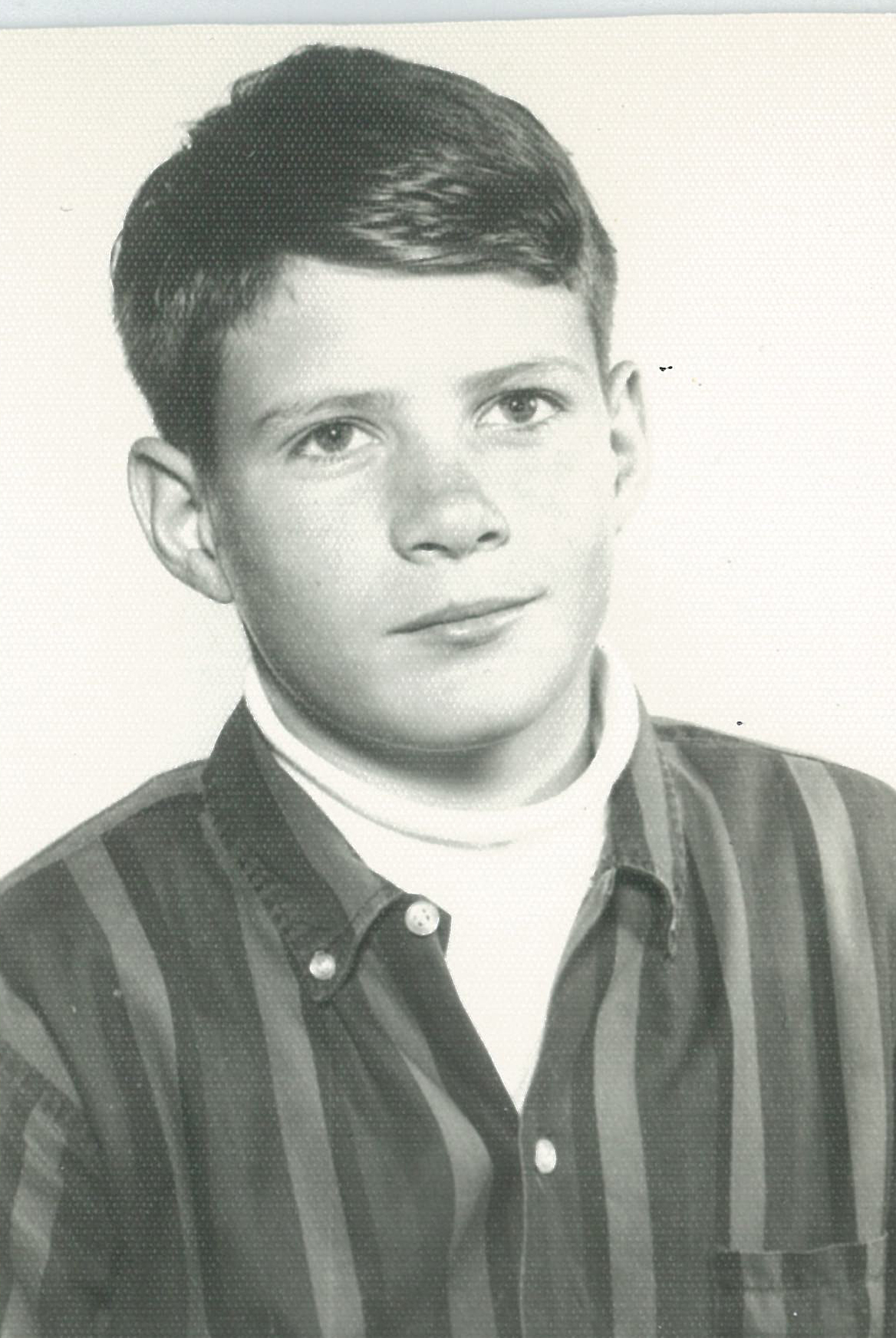 I never saw or heard of Anne Gerdes again after that night! I have often thought about her, however, as you can see . . . the photo here is the only photo I have of her. We made a pretty cute couple, heh?

Anne Gerdes was the inspiration for “Your Heart of Gold,” the person I was thinking about when I developed the idea and then researched and wrote the novel. Anne, are you out there somewhere? UPDATE, 5-16-17 Anne Gerdes IS out there. I found her! Go here to read more:

Everything else in “Your Heart of Gold” is fiction. There are some real people and places in the novel, but they are used fictitiously.