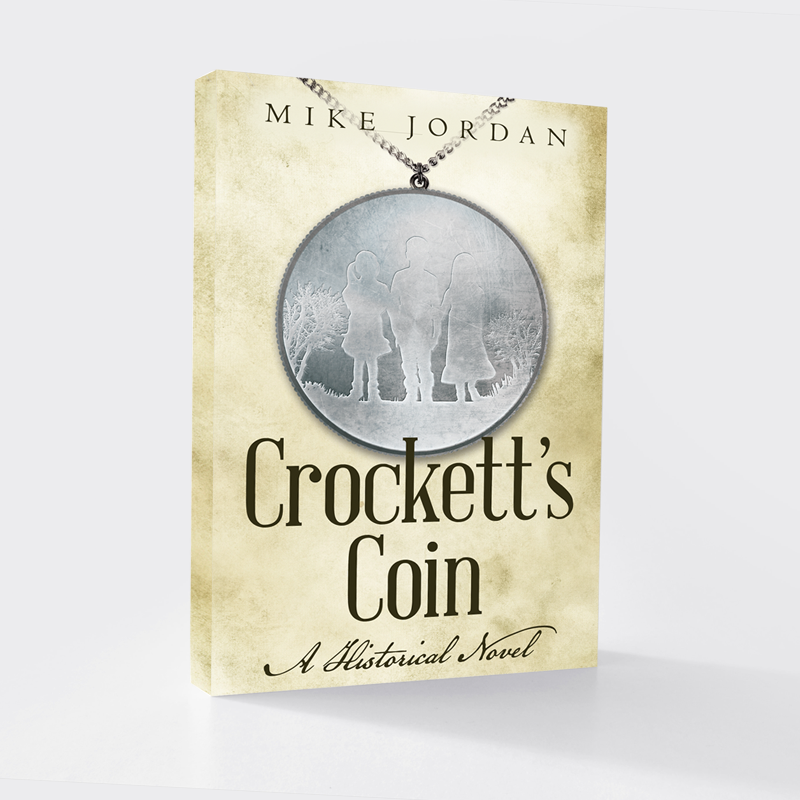 I know this Coffee Break comes at the low point of the book for our main characters – Red has died, Henderson’s a mess, Volk is moving in on Cecilie, The Knifeman lurks, Cecilie is dismissive of Kate and her plans, Chase Ferguson is, well, Chase Ferguson. And the Harp men are off to war with General Jackson.

But there are hints that a corner has been turned. Henderson has finally professed his love for Winnie, and Winnie’s father has bought her some time, until her 19th birthday.

Any comments or questions?

Mike Jordan here. Thanks Fred for the great question. Yes, arranged marriages were still common up to the mid-1800s for all kinds of reasons. Most marriages before the late 1700s were arranged — to combine families for economic and political reasons or, in the case of regular folks because the mother and father thought it their duty to find the right spouse. Actually, the advent of romance novels in the mid-to-late 1700s starting making the idea of marrying for love popular. You might have noticed I mentioned on page 19 of Crockett’s Coin “Pride and Prejudice,” which was all the rage at the time of the opening of my novel. So, along about 1810-1820, marrying for love was beginning to get more and more popular, causing family conflict sometimes, as you might imagine. The other interesting point is the age of marriage at that time — it was common in the Old South for girls to marry at 14 to 17 years old. Census research I did for the novels revealed many households with, for example, a 17-year-old mother with two kids, age 3 and 1.

Wow, thank you Mr. Jordan! This is so great being able to actually talk to the author like this. I confess I actually read your novel The Freedom Song first and then went back and am now reading Crockett’s Coin. Another thing I wondered about was cousins, like in The Freedom Song the Suzy Harp character, I think, was married to her first cousin. I thought this was illegal?

Thanks Fred, great to talk to you. This is an amazing stat: 20 percent of marriages around the world today are between first cousins. You can google “The Love That Dare Not Speak Its Surname” for an interesting take on this. Albert Einstein and Charles Darwin both married first cousins. I discovered in my research that today 24 states prohibit it. Six of those states even ban marriage between first cousins once removed — i.e. marrying the son or daughter of your first cousin. But . . . in the 1800s when Crockett’s Coin and The Freedom Song are set it was legal and quite common, especially in the frontier South and West. Often large families with dozens of first and second cousins lived nearby and did everything together and, well, nature kind of took its course — they ended up marrying the kids they grew up with. Suzy Harp Harp, her husband William Harp and their children were real people. Stay tuned — those Harp boys, Samuel, Marion and Elijah, will play ever bigger roles as my series of novels continues.

Excerpt from Chapter 16 : Fire in the Night
Crockett’s Coin
By Mike Jordan

Madison sighed deeply. He tapped his finger on his chest. “I’m responsible for this – this war, this night. I’m afraid, Bohannan, our country is about ready to run its course. It can’t get much worse.” Madison raised his bloodshot eyes to Red. “I can’t help but wonder, Bohannan, in one-hundred or two-hundred years, what kind of people will be standing here, right here in this spot. Will they be Americans? What will they be talking about?”

Red cleared his throat. “Well, if I may say, Mister President, they most certainly will be Americans. And maybe they will be talkin’ about that amazin’ Bill of Rights that you . . . you sir . . . penned with your own hand.”

Madison wasn’t buying it. “Or . . . will the United States . . . the Bill of Rights . . . just be a footnote in the history books, long forgotten as an idea that didn’t work. On a night like tonight, I’m not sure.” He spoke slowly, downtrodden. “I’m not sure of anything anymore.”

Red pondered the President’s words as the five dark figures slashed through the night trails, following the sound of huge explosions and fire in the night toward Washington City. He vowed that, upon his return to Falling Water, he and Lewis would reconcile with Elijah. End the stupid feud. And get the family back together again. Red caught a glimpse of the city over one ridge, but Mr. Jefferson pressed closer. The five picked their way up an old game trail along a creek to the top of a hill, the sound of the crackling fire and booms in the night seeming to be just over the hill. Above, the entire sky was filled with fire light, smoke and sparks. The smell of gunpowder was thick. Tiny flakes of soot were falling like flurries of gray-black snow.

Jefferson pulled up his horse and tied it to a tree. “We’ll go on foot from here,” he said, and Madison and the soldier, then Red and Henderson, dismounted. “It’s just a hundred feet or so to the top. The Potomac will be just below us.”

Red, gun cocked, followed behind, making sure no one had followed them. When they reached the top, none of them could believe the sight.

“I’ll be headin’ down the hill a piece, check it out, make sure no one’s around,” Jefferson said, disappearing into the night.

Every section of the city of Washington was ablaze. Columns of smoke and flame reached high into the sky and reflected off the Potomac. Lines of British troops, torches in hand, could be seen between the major buildings, and Madison squinted to make out what had burned.

“Sir, looks like they’ve spared the Post Office, maybe the Patent Office,” the soldier said, obviously trying to find something positive. “The Navel Yard is ablaze.”

Red and Henderson stood silently. Madison meandered away from them, to a place alone behind a scraggly tree.

Suddenly, he fell to his knees.